The Female Warrior And The Alpha Episode 52 by Yasminne

Aron!
“That’s for my mate bastard!” he spat out with disgust, tears welling up in his eyes. He looked up at me making eye contact and started to walk away, “am done here” he said as he moved out of sight, not looking back. Then I tried to process the scene that just took place before me, sure I understand the reason he wanted to kill darkness to have traced him here, he sure blamed him for his mate’s demise. But what baffles me is how he was able to move close to him while I was unable to. Then it dawned on me, the shadow around darkness was designed to keep me (with the light gene) out, and I could only see it because of my light powers, Aron being just an Alpha was unable to see the shadows around darkness, and in turn was unable to hurt him, thereby allowing him to move in close range before cutting his head off, that’s another kill taken away from me, first it was Irene and now darkness. But the good news is, Darkness is dead, and looking on the bright side, it may not having been easy getting rid of him if he had succeeded in getting his supposedly second life.
Now it’s time to face Satanevos.

The Female Warrior And The Alpha Episode 52
#OpraDre

So the loved and most hated villian in the story is dead!
Many wanted Elisia to do the deed, others believed it was Aron’s kill seeing he lost his mate to him.

Whichever,
It’s official, Darkness is dead!
Loved and hated ones can start preparing for burial……😀
Too bad he’ll have his body and head separate in the coffin……, 😂 (lol)

So watch out for the next episode.

That serves him(darkness) right, next pls

Wao! Interesting as always. Kudos to the author of this story u too much, well done opradre.

Interesting. I wonder what the end of Kobi will be. He and his sister put themselves in trouble because of covetousness

Next is Satanevos, and killing him won’t be easy, but I know Elisia and Theo will surely overcome him.

Good to hear the victory bell

Whao! This story is so captivating. Please post more than 2episodes na 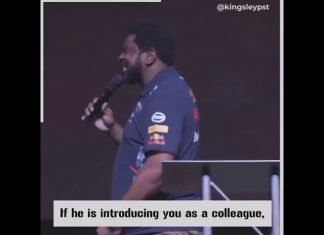 OpraDre.com is an inspirational, entertaining and motivational website. We serve you with top-notch stories, materials, videos, inspiring and soul-lifting messages . OpraDre.com, Experience Reality!!!
Contact us: info@OpraDre.com
© 2020 | OpraDre | All Rights Reserved | Webdesign : OpraDre
Do NOT follow this link or you will be banned from the site!
error: Content is protected !!
wpDiscuz
9
0
Would love your thoughts, please comment.x
()
x
| Reply