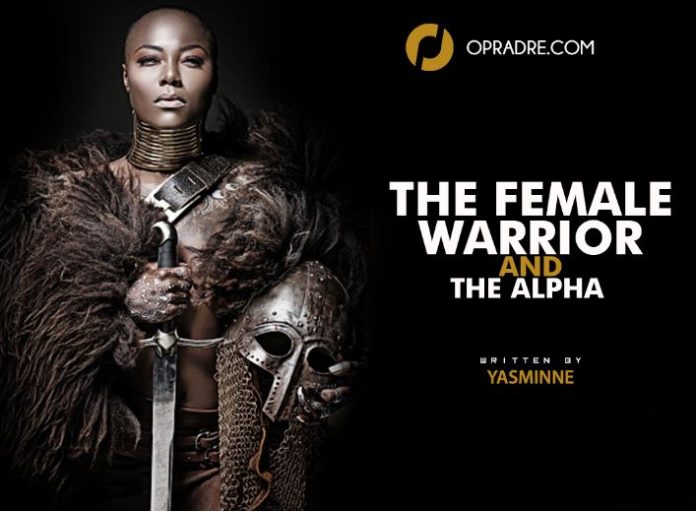 Elisia Knight, an undefeated warrior in the US and the first ever female warrior. The Imperial Pride Pack opened their arms to her when she was abandoned on their territory as a baby.

After hearing rumors that there is a female warrior from The BlackShadowed Pack claiming to be ‘better than her’, she decides to accept their match request to put the rumors to rest.

As someone who has never been interested in romantic relationships, she didn’t expect to find her mate. She never imagined being paired with an Alpha, let alone the most powerful Alpha in the country.

Hesitant to initiate anything with him, she focuses on preparing herself for the match. However, she soon finds out that the female she will be up against, is obsessed with being in a romantic relationship with Alpha Theo.

The longer she stays on their territory, the more secrets start to get unveiled. Dark and disturbing secrets that, unfortunately, ties her’s and Theo’s family together in the worst way possible.

What does fate have in store for them?

1. This book is completely based on werewolves, so please bare in mind that this is purely a fictional book.

3. The plot and characters in this story is completely made up by me, so any similarities to other books, movies or TV shows is purely a coincidence.

4. This book is mostly written from the main character’s point of view (POV), but will also contain other character’s POV for a broader perspective of what is going on

Your enjoyment is guaranteed….. ?

A NIGHT WITH HIM Episode 1 by Azeemah Salami

This website uses cookies to improve your experience while you navigate through the website. Out of these, the cookies that are categorized as necessary are stored on your browser as they are essential for the working of basic functionalities of the website. We also use third-party cookies that help us analyze and understand how you use this website. These cookies will be stored in your browser only with your consent. You also have the option to opt-out of these cookies. But opting out of some of these cookies may affect your browsing experience.
Necessary Always Enabled
Necessary cookies are absolutely essential for the website to function properly. These cookies ensure basic functionalities and security features of the website, anonymously.
Functional
Functional cookies help to perform certain functionalities like sharing the content of the website on social media platforms, collect feedbacks, and other third-party features.
Performance
Performance cookies are used to understand and analyze the key performance indexes of the website which helps in delivering a better user experience for the visitors.
Analytics
Analytical cookies are used to understand how visitors interact with the website. These cookies help provide information on metrics the number of visitors, bounce rate, traffic source, etc.
Advertisement
Advertisement cookies are used to provide visitors with relevant ads and marketing campaigns. These cookies track visitors across websites and collect information to provide customized ads.
Others
Other uncategorized cookies are those that are being analyzed and have not been classified into a category as yet.
SAVE & ACCEPT