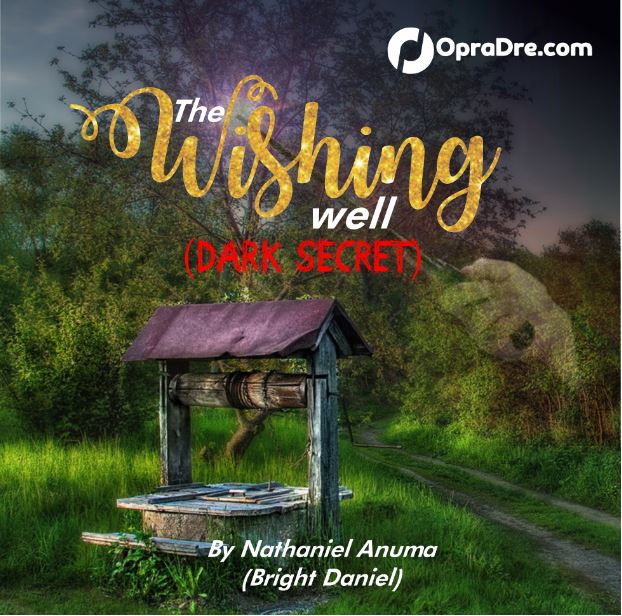 Another thunder had the firmament rumbling like a barking snoop dog thereby escalating a heavily downpour. Its sound woke up almost all the students in the lorry as the driver drove off from the initial spot they had the accident. One could see Kiana smiling broadly. She quickly touched a golden necklace that hung on her neck which reminded her of Kingsley. Just then, she looked beside her to see Juel already staring at her and feeling jealous. When she noticed it, she stopped smiling.

However, Anderson was still inquisitive. “Does it mean that the alien, the flaming rocks and everything never happened?”

“But at least, my wish was granted” Nancy folded her hands.

“Is mine still granted too?” he looked at her as if she had the answer to the question.

“I don’t even know your wish” she replied.

Kiana looked up at them from her seat. Her body kept shaking due to bad road. “Everybody’s wish was granted so i don’t see any reason why yours will go back to its initial form” she spoke to Anderson as if she knew his wish or predicament. She continued. “If your wish isn’t the same, that means Nancy wouldn’t have had knowledge about life beyond the earth. And Juel wouldn’t have had knowledge about.. about..” She kept looking at him.

“About the taste of your pussy” Nancy completed it for her.

Kiana frowned and laid back on her seat.

After the explanation, joy that flows like a river ran in the heart of Anderson. He couldn’t believe that he was no more important, yet had his parents alive! “Oh Kiana, i love you!!” he nearly wounded Juel where he pushed through to give her a perk.

“What are you guys doing!” a male voice came from behind. “This is a bus. Wait until you get to your lodges” he added.

“Shut up!” Nancy rebuked him and looked at her friends. “I still have a question; what of Mekus? If he’s still alive, that means he could be making a wish to have Kiana which can cause another accident.”

Hearing that, the four students looked at one another.
:
:
At Touch-Hill university, students troop out from different lecture halls when the lorry arrived. It drove around a flower then pulled over. All the Biochemistry students began to come down one by one. Juel, who had not exchanged words with Kiana stepped down from the lorry and began to walk home. Kiana sighted him, walking with his two hands in his pockets. She could feel the spark between both of them.

“He told me he truly loves you” a voice interrupted her gaze. She turned to see Anderson.

“But his wish didn’t make sense” she replied.

“You didn’t give him chance to explain” Anderson began to walk home too.

“Hey!” Kiana called on him with a smile. “What was your wish?” she asked.

Anderson turned but didn’t stop. “You’ll get to know, pretty girl” he returned the smile.

Kiana touched the golden necklace once more. She directed her eyes to see Judge, walking around like a mad man. Of course he had no knowledge again of what happened.

“That idiotic psychic” Nancy’s voice came beside her.

“It’s just strange he has no memory of whatever he said” Kiana kept looking at him. Suddenly, Henry approached in a hurry. Nancy had to hug him before he could say anything.

“I don’t know how it happened. From police station to my lodge”

“In that way, nobody has a memory of what happened except us who made wishes at the well” Kiana clarified.

“And nobody is dead?”

Kiana nodded her head with a smile. When she remembered Dr. Danny, she became sad.
:
:
The next day, inside Mr Chuks office, Kiana entered to see Mekus picture in his hands.

“Sir, you called me” she stood behind the visitors’ chair.

“Yes. This man was found dead on the road yesterday” he dropped the picture on the table.

Kiana kept quiet. She touched the necklace on her neck to be sure it was there rather than taking refuge in Mekus pocket.

“Why i called you is to tell you that this man actually had interest in you. He made me tell him your name” he leaned forward. “Did he make his interest known to you, Miss Desmond?”

“It’s a pity. You may go” Mr Chuks took the picture again.
:
:
Outside the office, Kiana met Juel and Anderson, coming out from a lecture hall. She greeted them but Juel never answered. Nevertheless she began, “Mr Chuks just said Mekus dead body was found on the road.”

“That means he’s the only one who didn’t survive” Anderson said. “But why?” he added.

“I guess is because he didn’t die due to someone’s wish. He died, breaking the law of the wishing well” Kiana looked at Juel and changed the topic. “I should be the one snubbing you, Juel. Not the other way round”

“I’m not snubbing you” he found his voice, “I never wished to make love to you alone. I wished you’re my date too because i love you! How is it a big deal to make love to the one you love?!”

His voice and confidence had Kiana staring at him. Just then, she took off the necklace from her neck when she sighted Kingsley coming. She hurriedly hugged him.

“Hey, guys, this is Kingsley my boyfriend”

“Kiana, where is your necklace?” Kingsley didn’t even look at the two guys.

Kiana frowned. ” Something that would have taken my life happened. So I lost it during the excursion”

“You what?!” he shrieked to the amazement of the guys, even to some students that were passing by.

Juel wanted to go calm Kingsley down coz he saw anger in his eyes, but Anderson drew him back in a way that shows: DON’T INTERFERE.

“Don’t tell me you value the necklace more than my life!” Kiana fired back.

“It’s not just a necklace, Kiana. It’s a golden one” Kingsley insisted. “I give you forty-eight hours to bring it back!” he walked out angrily.

Juel met Kiana. “Why would you lie to him when you have the necklace in your pocket?”

Kiana exhaled. “I was just testing him” Just then, all sighted Dr. Danny.

“That reminds me, nobody is dead yet” Anderson whispered, while Kiana walked out angrily too.
:
:
She quickly stepped down from a vehicle, crossed the road and headed straight to another street. In her pocket was the golden necklace. She actually wanted to return it to Kingsley as he demanded. She wore a fairy shot gown over a black leggings. When she approached closer to his lodge, she slowed down her pace. Surprisingly, she saw a feminine footwear at the door step and opened the door quickly without knocking. Lo and behold, Kingsley and a girl, banging on the bed.

He jumped up naked, having his dick dangling before her. “Kiana.. what.. what are you doing here?”

Meanwhile, the poor girl had started shedding tears. She brought out the necklace and dropped it on the floor before running out of the sanctum.
:
:
Still trying to recover from the heartbreak, Juel entered into Kiana’s control room to see her concluding for the day.

“Hi, Juel” she replied without looking at him.

“I came to make sure you’re fine, and also to prove to you that I’m not snubbing or avoiding you” he said.

Kiana looked at him. “Thank you. I actually believe in your words earlier”

She nodded her head, smiling as both stared at each other, feeling their sexual hormones activated once again.
*********
They hurriedly pushed Juel’s door opened and closed it at a time. Kiana’s hands worked like machine as she began to unbutton his shirt and kissing him passionately too. She had to drag the shirt off at the last button.

Already, Juel had tripped her naked, leaving only her trouser. He once again pushed her to wall without his lips leaving hers. Both stopped in a way they gazed at each other, breathing hastily.

“I hope you’re sure of this one” Juel asked.

“I’ve never been sure of anything in my life” Kiana replied.

Both smiled and resumed the kiss even faster and more passionate.

A voluminous bed at a corner once again felt the heaviness of two beings. One could see Juel, pulling off kiana’s trouser along with her pant. He flung them on the floor, pulled his own trouser to return to the bed. Before he drew closer, Kiana dragged him to herself, making sure her lips never left his. They stopped for the second time, breathing heavily as if both had a life race.

“I love you so much” Juel broke the silence.

Kiana kissed him. “I love you too” she smiled.

Juel romanced her breast, fixed his mouth on the nipples which let out a moan on Kiana’s mouth. She twisted her legs to feel her pussy already having the nature of an ocean. Sooner did she feel a dick inside her and moaned with her head bending backward..

:
:
On the other hand, Dr. Danny drove along the same road the lorry took. He was actually heading back from a meeting when he had accident at the same spot; His car rolled down the sloppy land like a rolling ball.

Watch Out For PART TWO!!!

Wow…
This is so interesting, after reading the 1st episode, I couldn’t help but read to the end…

Thumbs Up to the Writer Bright Daniel… More ink to Your Pen.

oh! kaina was so smart with her wish. it was more consoling that one person died in place of several others.

thanks Bright.. i enjoyed the story