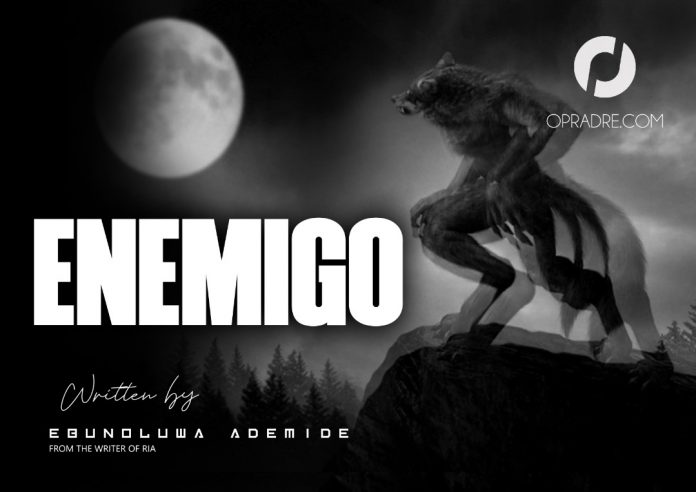 “Few years ago,a royal blood from Donia Kingdom came to Alpha Zion.” Lionel started when we got into the study. “He asked for the Alpha’s help to dethrone your Father – Alpha King Malcolm.” He picked up a diary from the mahogany desk.

The study was a small sized room filled with books on mini shelves. I could still sense the scent which had my wolf jumping around in excitement mixed with a bit of sadness. I supposed Mia had spent most her time in here after her father’s death because her alluring scent was still thick in the air.

“Who is this Royal blood?” I asked him.

“I am in no position to tell you.” He responded.

I gritted my teeth. “Lionel,I need to know.”

He looked at me. “Aren’t you interested in knowing the whole story?”

I folded my arms and then sighed after a minute. “I’m listening.”

“Mia was abducted when Alpha Zion refused to help the royal blood dethrone your father. Alpha Zion couldn’t watch his daughter die in the hands of the royal blood so he had to accept his offer.” He paused and studied my expression.

“I never knew all this happened.” I mumbled.

“I didn’t know all these things until the Alpha was on his death bed. He gave me the honour of reading his diary.” He stopped again. “My Alpha asked me just one thing which was to protect his daughter…but I failed him. I feel so bad for failing him.” He said in a sad tone.

“He was too strong,too powerful that he was able to break down the magical boundary built round our territory.”

“Who built the boundary?”

“After Mia was released,the alpha got a witch to build the magical boundary. And when the alpha took ill,he begged Mia to strengthen the boundary. I guess he already knew the royal blood would come…he just wanted to protect his pack members.”

“How did he manage to capture Mia so easily? She is an Alpha and also has powers as a witch.”

“The first thing he did was disarming her by using her weakness against her.”

“Snakes…Mia never liked snakes as a little girl because when she was just five…she went hunting in her wolf form but got bitten by a deadly snake which nearly took her life. So snakes became her weakness. She feels tormented anytime she comes in contact with one.” He explained.

“So he tormented her with a snake?” I asked in fear.

“Yes..yes..his snake bit her when she wanted to fight him,right after he succeeded in killing our Beta. She became so weak that she couldn’t defend herself. And I couldn’t save her either…” Lionel rubbed his temple hard. I watched him try to suppress his anger.

“Sometime ago,Alpha stated it that he doesn’t want to be part of the plan, so in turn the royal blood kept sending spies to Donia Kingdom just to make Alpha Zion the enemy.”

“So the note Kelvin gave me earlier it had something to do with what you just said..” Lionel nodded.

“He stated that the Alpha would pay for letting him down.”

Somehow I started feeling uncomfortable…but then I grabbed my neck like I was running out of breathe.

“She’s trying to stop you from feeling her pains.” Lionel interrupted me.

“How come you can tell what’s happening to her?” I carressed my neck softly.

“I know her very well…” He folded his arms. “Alpha Zion left Mia in my wife’s care while he tended to pack issues. So she’s like a daughter to me.”

“Why do you want to save her?” He asked out of the blues.

“You want to save her just because she’s your mate? But you haven’t accepted her as your mate.” He snorted and walked back to the mahogany.

“I feel you want to save Mia because you don’t want to hurt your wolf and to stop any form of pain.” He stated.

“You just want to save her because if she dies then your wolf will get weak and the Alpha King must not be weak so he can be able to rule Donia Kingdom.”

I adjusted my position and stood up from the chair. I don’t have time for talks! And I don’t really care about the reasons why I want to save Mia.

“You are only concerned about yourself and not Mia!” He gritted and that provoked my wolf. He doesnt like being disrespected.

In a swift movement I had Lionel trapped in the chair he sat on,my hand gripping his neck.

“I don’t care about what you think of me. Why I want to save her is none of your business! Whether is for my wolf or for her…it is my business to deal with!” I seeth my teeth.

“Mia.. deserves..to be loved..by her mate.” He managed to say with his hand trying to free his neck.

“Tell me where to find her or else I’ll convict you for conspiracy.”

Lionel struggled to free himself but I was far more stronger than him.

“I don’t care what you think Just tell me where to find her!” I growled in anger. I could feel my eyes glowed crimson but I don’t intend to hurt Lionel.

Fear was so clear in Lionel’s eyes. Damn him! For testing me! For daring my wolf just to know if I wanted good for his Alpha. Lionel nodded and I released him. He grabbed his neck Immediately and coughed out. I gave him enough time to recover by pacing to and fro the room.

“We aren’t talking about one enemy here. That royal blood has lot of alphas working for him.” He said.

“Lionel tell me where to find Mia,then I’ll deal with the enemy along the line.”

“Even if I tell you the place,only you can’t stand a chance against them.”

“They want me right?”

“Yes..they want you dead so he can have the Donia Throne.”

I clenched my fist. “Lionel,I will like to meet this Royal blood. I don’t care if I die in the end,all I care about is saving my mate and bringing her back to her pack safely. Then I will make them pay for causing my mate pain!” I gritted. Lionel stared at me like I had grown two heads or something.

I turned away from him to run my hand over my face,but then I heard him clapping. “That’s what I wanted to hear from you Alpha King Sky!”

“I wanted to be sure if you care about Mia and not just saving her for the sake of your wolf.”

I looked away from him. “You want her as your mate?” He asked.

“That’s my choice to make.” He nodded in agreement.

“Lionel tell me where to find my mate.”

“The Elders Table.” He said.

“What’s that?” I asked with a confused expression.

“The Elders Table is a secret place where the people working for the royal blood comes together to plan how to dethrone you.”

“Alpha Zion wrote it down in his diary. And you can only get there in a second by dark magic.”

I raisee my eyebrows at him. “Dark Magic?”

“Yes..dark magic..it is Impossible to get there without the use of dark magic.”

“Do you know how I can get to the elders table?”

He shook his head. “I am coming with you.”

“No, you have to stay and guard your pack as the Gamma.”

“Promise me you’ll bring her back alive.”

“I will bring her back alive.”

“I will be waiting…”

“Crouch down in the fireplace.” He instructed me. My body was bigger than the fireplace but I managed to bend a little in it while he went back to the mahogany desk nearby and grabbed a little back bag from the drawer.

“Are you ready?” I nodded in response. More than ready to save my mate.

Lionel sprinkle a dusty substance one. “It would help hide your scent From the enemy but It wears off after some seconds of arrival. And it would be wise to not say a word to anyone when you get there.”

“Why? And how am I to confront the so called enemy for abducting my mate?”

“This substance isn’t for you but the Alpha’s. And you are not going to confront anyone but save Mia. When you get back her then you can find the enemy.” I shook my head.

He stepped backward. “Me sa de ancianos!” He chanted.

How do I return? I thought within But before I could get a chance to voice out the question to Lionel I disappeared. 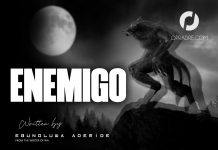