1. Delete all the pictures on your phone and your computer that contain nudity (partial or full-frontal).

2. Talk to someone (or to yourself) when the temptation comes. Tell your body you have the power to control it by changing your thoughts to something else (and not the other way around). You do not need sex, even though you may feel like you need it. You will not die if you don’t have sex.

3. Don’t awaken desires that will only leave you frustrated if you don’t have sex. Whatever those limits are for you- know yourself and what turns you on.

4. Avoid being alone as much as
possible. Being alone can stir-up sexual thoughts in your mind. “An idle mind is the devil’s workshop”, it is often said. While you sit there alone, you’ll be surprised that instead of being productive with you life, you’ll be busy daydreaming about that beautiful girl/boy you saw earlier today.

Due to the power of thoughts, don’t be surprised that you are already undressing the person in question in your mind. When that happens, the next time, you won’t have any other feeling but that of going to bed with the person. This will cause you to be infatuated with this person and you probably know where this can lead you to.

5. Avoid watching pornographic movies; they will arouse your desire for sex. The only reason
why these films were made was for incapable people to watch, get aroused and do just what they’ve seen on television or internet. You can’t give what you don’t have, in the same way, you can’t have the desire for sex when your mind is not drifted to that area. Avoiding pornographic films is like seeing a snake and running from it because if you don’t touch it, it won’t bite you.

7. Don’t get anxious when you hear friends talking about their sexual escapades. Remember that the fact that everyone is doing something doesn’t make it right or wrong. Don’t feel intimidated because your friends mocked you about being a virgin. Whatever they did doesn’t matter. It is what you would do that would make the difference. Learn to be patient and resist this feeling. Sex is a sin outside of marriage . If you can keep this in mind, then even if you are in a room with a naked person, you would come out victorious because sex starts from the mind.

8. Don’t console yourself that just one try won’t cost you anything.
You might be tempted to have sex with anybody and you feel that after so many efforts of resisting, you should give it just one try.

9. Avoid sitting with a person who is dressed in a seductive way. You’re very vulnerable and sitting next to someone when they are dressed in an especially attractive way could lead ‘somewhere’. If your significant other dresses revealingly, you could caution them and tell her about the benefits of doing the right thing.

10. Watch your eyes. They are the windows to your soul. Keep your eyes above the shoulders and train them to focus on non-sexual parts of the body.

11. Try as much as possible not to use sexual words in your
discussions. You could look for
much better ways of telling your crush how much you want, miss or love them. Instead of saying, “I miss your lips”, why not say “I miss your smile”. Choose the right words and you’ll have a healthy relationship with no sex.

12. If you notice an attractive person and become turned on,
don’t freak out. You haven’t sinned. Just turn your mind to something else. Start a conversation to get to know them or just move on.

Read This Sweet Love Story > The Female Warrior And The Alpha 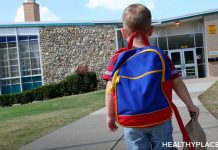