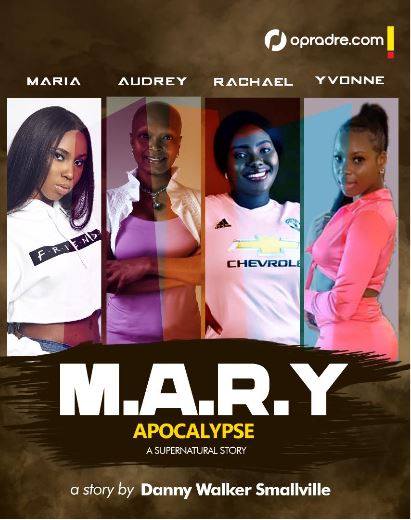 Arnold carried Maria in his arms as he arrived at the door of their home, he entered inside; Rachael and Yvonne moved to him quickly after seeing the blood all over him and the blood dropping from the body he was carrying and saw he was carrying Maria

“Why the hell is she in your arms?” Rachael asked

“I’ll explain later, right now she need help to save her life because she’s bleeding to death

“Ok, bring her to my lab” Uzor said and they carried her into the lab and laid her on a bed on her stomach

“ God this is serious” Yvonne said looking at the wound

“Why don’t you just heal her?” Rachael asked

“I want her to know that you guys saved her life”

“What about the other wing” Rachael asked

“Cut it off” Arnold said

“What? Why the hell will I do that” Uzor said

“Save her” Arnold said and left

“Where are you going?” Yvonne asked

“The war is still on” he replied

“Where are you going?” Uzor asked them

“What is that?” Rachael asked and then suddenly one of the flame fell into their compound and it was a man (so they thought) he had flames all over him and then the flames went out and they could see him well

“Who is that?” Rachael asked

“I don’t know, maybe a leviathan” Yvonne said and he moved to them quickly and grabbed their necks and lifted them up and suddenly everything stood still like a pause, including Yvonne, Rachael and the leviathan…

Arnold got back into the fight and saw leviathans descending onto the earth like falling metor rocks, some of them landed on cars and some on the roads and some into the sea, some on buildings; they were covered in flames but as they landed the flames went out and they started attacking men by picking up people and threw them away, they also started killing demons

Metatron watched as his brother descended from the sky onto the earth, he then knew he was not enough to stop them. Bazel then descended from the sky and landed right in front of Metatron as three other leviathans landed behind Bazel, he watched as leviathans attacked and destroyed everything, he didn’t know what to do. Lucifer held Beth by the neck; Michael was surrounded by Leviathans

“Surrender now brother; even father cannot save you” Bazel said

“So be it; kill him” Bazel said and the three leviathans jumped up towards Meatron and suddenly everything stood still; the three leviathans stood still in the air, Bazel stood still, Lucifer and Beth, Michael and the Leviathans and every other person and thing. Everywhere was so quiet; Metatron was the only peron moving, he looked around and saw that every thing was still, he then knew that his Father was arriving the earth.

As he stood wondering, the skies opened up and a bright light shined down and he saw 100s of cherubim and seraphim descending down the sky and landed on the earth. They had six wings; then ten of them surrounded him and they flew into the sky with Metatron in the center and they stopped in the clouds then a silvery platform appeared under Metatron’s feet on which he stood and then he heard his father’s voice for the first time in billions of years

“Father, I’m so sorry for all these” he said as he knelt down on one kneel

“THEN WHY DID YOU DO IT”

“THEN I WILL PUNISH HER”

“No father please punish me, for it was I who went to her and not her to me” he said as he bowed his head

“THEN SO BE IT; YOU WILL LEAVE THIS WORLD AND NEVER COME BACK OR I WILL LET YOUR BROTHERS DESTROY YOU AND THEM ALL”

“I will leave but I want to ask for something”

Bazel couldn’t find any Leviathan around him

“What’s is going on?” he said with surprise; Beth disappeared and so did the other angels and even Lucifer was surprised

“it’s over” a voice said and stabbed Bazel from the back with a sword covered in Yvonne’s blood and he disappeared from the earth and went back to purgatory. Lucifer immediately flew into the sky with the fear of his defeat

“Fly away Lucifer, your time will come”…

Yvonne and Rachael saw themselves on the floor, Yvonne then saw Metatron standing beside her

“What happened?” Rachael asked looking around and couldn’t see any more falling Leviathans

“Father has taken care of it” he said

“I have come to say Goodbye” he said smiling

“What does that mean?” Yvonne asked

“Father said I should leave or he’ll send them back”

“What? You can’t leave? You are all I have” she said with tears and then Beth and Ariel descended

“Time for what? He’s not leaving me” Yvonne said holding him

“No way, he’s all I have, I have found happiness with him” she cried

“I don’t care. Just give him to me, please I beg you. Tell God, he should have mercy” Yvonne knelt down. Ariel touched Yvonne’s fore head and she fell at sleep. Rachael also felt bad but didn’t say anything. Arnold smiled at her

“Good bye” he said and the three of them ascended into the sky; tears flowed down Rachael’s face as she watched them go up…

“Rachael!” Uzor called as he ran out to her; he was surprised to see Yvonne on the ground

“What happened to her?” He asked but Rachael just stared up to the sky, Uzor then tried to help Yvonne up and then she woke up

“Yvonne what happened?” he asked her

‘I thought God would hear my cry” she said

“God has taken him away” she said and walked away

“What?” he asked himself as he stood there alone, he looked up to the sky then walked away…

Maria recovered from her wounds and sort forgiveness from her friends

“I know I have been real bad, but please forgive me” Maria said

“me too” Rachael said

“If we look at everything from the beginning, it was all Lucifer’s fault because he used everything and everyone to his advantage” Yvonne said

“Yvonne, Rachael I will be leaving the country to China tomorrow” Maria said

“no why, you still have a life here” Racahel said

“No I don’t; I am no longer Maria Martins. I want to be a new person that’s the only way I’ll find peace”

“If that is your decision, then it’s fine” Yvonne said

Maria left for China the next day and the following week Rachael and Uzor had their wedding in a small quiet church with Yvonne and some few guests.

Yvonne never told anyone she was pregnant; Yvonne left them the next week and flew to New York Long Island where she bought a large farm and house, and it was there she found peace, and as time came she gave birth to a small white boy which she considered as a gift from God, since God took her love from her and gave her a son in replacement which now appreciated and loved and she called her son Metatron…

Yvonne was inside the house doing a little work while her little son, metatron was on the farm planting some seeds and then a man came to him

“What’s your name?” the stranger said

“My name is Metatron” he said

“Where’s your mummy?” he asked

“She’s inside” Metatron said; Yvonne came out of the house and saw her son talking to some

“Metatron? Who are you talking to?” she said and the stranger turned and she saw it was Arnold and immediately there was a Joy that filled her soul and she stood at the door speechless. Her son stood up and ran to her. Arnold then walked to her smiling

“Is it really you?’ she said in a low tone

“It is I” he said and walked close to her and hugged her tightly.

“So God let you come back?” she asked

“Yes he did” he said

“Mummy” little Metatron called; she looked at him

“Hey honey” she said and carried him up

“Why did you call him Metatron?” he asked

“So you’d live with me forever” she replied, he then carried the boy from her and the three of them walked into the house…

“This is not over Metatron, I’ll be coming back way better and this time not with a Leviathan but Talivans” Lucifer said as he stood on a very high water tower watching Metatron and Yvonne. He then opened his wings and flew high into the sky…

PLEASE give the writer, Danny Walker a standing ovation comments…. 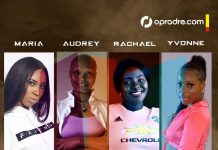 Which one is Talivans again. Love conquer all. Nice story and nice ending

Love is the greatest gift ever

Wow i love this love conquers everything, thanks to opradre and the writer

I really love the angle this story is came from, all thanks to Mr Oprah 👉

God is good in all his ways. Even when we don’t see it. Love conquers all.
Good story there, Danny. Love the story. Thank you. 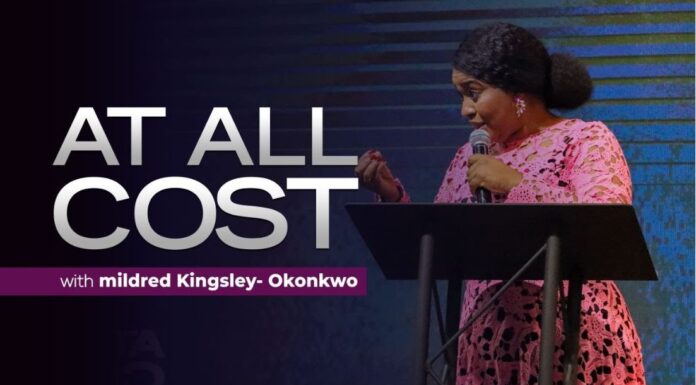 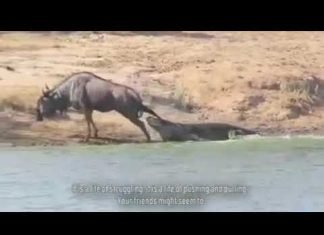 Thanks for subscribing!
43,369FansLike
3,718FollowersFollow
0SubscribersSubscribe