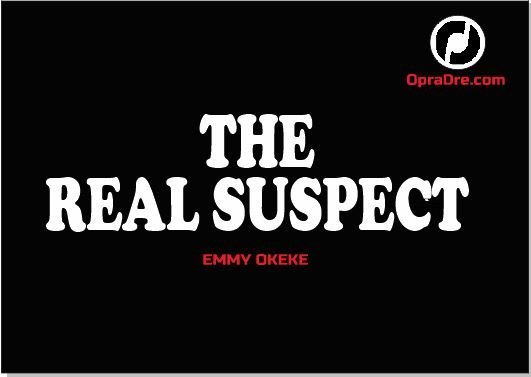 **
A great number of people of different callibars and ranks were seen all over a very big and surely beautiful building, more like an event hall. People of different complexion, ages and physical combinations. Some were in groups chatting and laughing while some werz walking around happily holding an expensive Champaign flute (Wine Cup) filled with wine. The sound from they stylish mix of the DJ overruled everything. The DJ summarized the whole area with his wonderful mix up of songs and jamz but actually nobody was dancing to his tone yet.

Mr. Adeola, Adesua’s father and Mr. and Mrs. Kole, Kehinde’s parents were seen under a fancy tree where they stood laughing and chatting with wine in their hands. Both were on pure with agbada, their normal yoruba cap always re-hanging the agbada on their shoulders. Mrs. Kole being a simple woman just tied an expensive wrapper, a white beaded blouse and some beads she wore on her neck and wrists..
”This is really what I have been dreaming of” Mr. Adeola said breaking their laughter
”Seriously, it’s a great Union” Mr. Kole said
”Where powers is being joined together in marriage.. We will rule the world” Mr. Kole added
”I never knew this would work out. I’m really happy” Mr. Adeola said
”I told you not to worry about anything at all” Mr. Kole said
”Yes you did” Mr. Adeola concurred
” Now the world will be in our palms!!” They both said together and laughed
”So, it’s the power that you are talking about not the happiness of your children” Mrs. Kole interupted their laughter
”Who isn’t talking about happiness here?” Mr. Kole asked Mrs. Kole
”And who said that they are not happy together?” Mr. Adeola asked her further
”Or did anybody say anything?” Mr. Kole rained another question on her
”I don’t have the time of you two.. Let me go and check on my wife” Mrs. Kole said as a way to run away from the unexpected questions
”That’s what you should do and not poke into old men’s talk” Mr. Kole said and they laughed as Mrs. Kole left. They jammed their wine cup in toast to the futeure and sipped from it. As Mrs. Kole walked majestically, so many people hailed her and waved at her, others embraced her in smiles and good countenance which she reciprocated
”And that’s what I am talking about” Mr. Kole said as they watched her

IN A WELL DECORATED ROOM
The room was painted all in white colors which glowed the white light in the room making it look more sparkling. Adesua was sitting on a chair facing the mirror as two beauty and make-up designers worked on her
” Babe, I dey envy you ooh” Anita, Adesua’s best friend said to her
”Envy me?? How?” Adesua asked
”Just see what is surrounding you” Anita said
”Or haven’t you gone outside to the people there” Anita said
”Forget those ones my dear” Adesua said
”I just pray I get mine like this ooh” Anita said
”Hmmm.. Why are you talking like this?? Rickie is up to the task even more” Adesua said addressing Anita’s boyfriend
”Hiaa!!” Anita exclaimed
”Rickie no be factory at all!! The guy isn’t serious” Anita said
”I don’t understand” Adesua said surprised at her statement
”He is not showing his brake lights concerning marriage all he does is always find his way to get into me” Anita said and Adesua burst into laughter
”You are laughing right??” Anita asked her
”Sorry.. I’m not laughing” Adesua said still laughing
”But seriously, I thought you guys were getting on well” Adesua said and Anita made a funny sound
”If I here.. Getting together, the guy is a sex star not a man” Anita said and they laughed

”Hello” The voice of Mrs. Kole lessened their laughter as she cracked open the door and walked in
”Good day Ma” The beauty artists greeted her which she reciprocated
”I can see you ladies are getting along” Mrs. Kole said
”No ooh! Not at all, they have kept me here for ages Mom” Adesua complained
”Yes my dear, it’s for your own good. You kniw you have be in a grand style my dear” Mrs. Kole said
”But..” Adesua tried to continue her complaints
”Shhh.. They are doing a good work here” Mrs. Kole said looking at Adesua
”And I know that Anita here has been keeping you busy” Mrs. Kole said
”Arrgh!! This long mouth sitting here?” Adesua asked rhetorically
”Eeh!! Who be long mouth??” Anita asked back also jokingly
”Don’t mind her ooh, she is loving every moment of it Mom” Anita said and they laughed
”I know you do not dull at all” Mrs. Kole said and Anita raised her shoulder in pride to Mrs. Kole’s praises
”Eeh.. Look at her Mada dull” Adesua said and they laughed again
”It’s alright let me go and see how my son is preparing” Mrs. Kole said and tried leaving;
”What about my father?” Adesua asked Mrs. Kole who was already at the door
”With my husband as usual of course” Mrs. Kole said
”Or are you a learner!!” Mrs. Kole and Anita said at the same time and they all laughed. 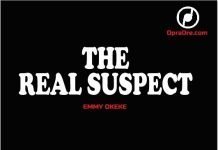 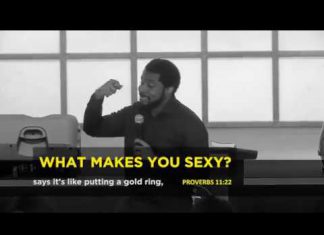 Lion Gets Attacked By 20 Hyenas | Video