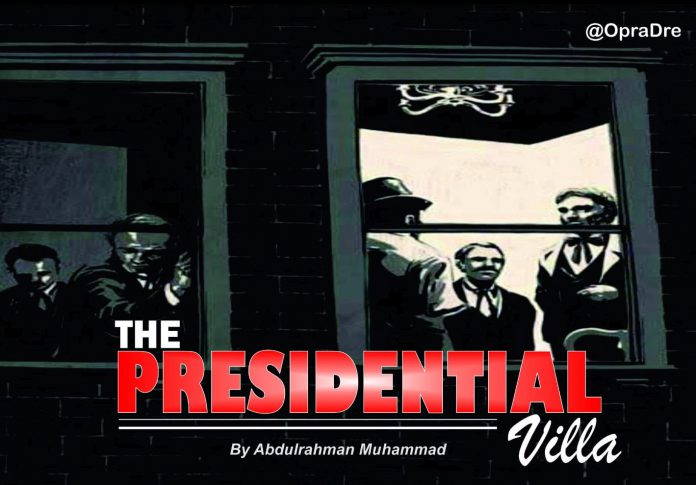 The bride was gorgeously dressed for the party, she was wearing the point de Flandre gown. A pure white lace with graceful, rhythmic patterns of leaves, flowers, and scrolls. And the matching Honiton-lace cotton down the gown which allowed her legs and the heels she wore to be in full view. With a small orange blossom wreath placed on her hair. Her father had paid handsomely for it.

Walking slowly amidst the crowded hall with every male dancing with his female partner. Gloria glared up at the chandeliers that hung low from the high cemented roof, and finally sat at the bar and ordered for a shot. Red wine, Tequila, or Effen were out of the option, she always took shots whenever she wanted to do something terrible and tonight it was her intent. Raising the small glass cup filled to the brim, Gloria toasted silently to Mr Adewale, who was standing above the hall with two black men in black suits and dark shades like blind people, standing at his back with hands interlocked behind.

“What is she doing here? I thought we had an agreement with her.”

Jake asked his father. Jake was his first son and in his mid thirties, he was a fine young man, people compared him to his father because of his looks but his complexion, he got from his mother. Jake wasn’t married and didn’t plan to be, he always thought it was hard to be shackled to another person especially a woman. Whom he feared but not physically. He lived his life to the fullest, he had so many girls and guys (gays) who also were interested in him in an exotic sort of way. But he was strictly the women type, he had principles of himself and didn’t take shit from anyone, and certainly not from women like Gloria.

“Me too,” Mr Adewale finally replied after minutes of staring down at the exotic looking lady sited at the bar by his left. “But Gloria is not like the rest, she never negotiate.” He sighed as he looked to his son. They shared a look and back to the lady downstairs.

“Yes, nothing,” he repeated. “She’s already in and we can’t force her out.”

“What exactly does she have on you that’s making you play by her rules? For heavens sake you’re the President.” Jake asked with curiosity as he glanced back at the two tall guards behind them who didn’t look like humans, he always look at them like a statue because they could stay like that the whole day without moving unless ordered to.

“You don’t do anything, you hear me?” Mr Adewale made it very discretely clear. No harm to come to the lady.

“Good,” he straightened and thrusted a hand in his trouser pocket. “Where is your mother?” He asked.

“She was getting ready when I left her quarters.” He answered.

“Alright,” he returned as if he forgot something. “And don’t let your sister out of your sight.”

“But the securities are all over the place, she’s safe.” Jake wondered.

“Oh, your enemies are smarter than you, they always will be. You just have to be cautious.” He warned. He had always told him that since he was a little boy. “Don’t let her out of your sight.” He repeated and walked away with the two guards accompanying him. They took every step, every inch, everywhere he went or entered. They were the most trusted of his guards, they would die before they would say his name to his enemy.

“Understood.” Jake replied, to his back. He moved his long sleeve back from his left hand a little to check the time, it was just 9pm, the wedding party had soon to start any minute from now. Jake quickly attacked his bow tie like it offended him, he was suddenly not interested in fashion anymore. He removed the tie and threw it in a bin close to the door, and then unbuttoned his shirt from the top which choked him a bit.

Meanwhile, Henrietta (Bisi) his sister, the bride. She kept on hugging and greeting the guest and well wishers down the hall with her gown packed in her hands. Mahmoud, the groom. Followed behind her as he shook his friends, family members and some people he hadn’t even seen before. It’s marriage, unexpected and un invited guests will always come. It’s like a small tradition in Nigeria, and I’m certain Africa as a whole. You don’t need to invite them before they come, they know you have an occasion a month to. But this was different, it’s strictly by invitation, those he didn’t know were some of his friends friends and so on. You can’t barge into a President daughter’s wedding without being invited, it doesn’t happen anywhere in the world. Still exchanging pleasantries, they finally got to the front, the wall of the hall was decorated with yellow and white clothing and balloons hung over all four corners, with lovely brown bougainvillea on the wall. It was sweet, and romantic from the view. He was also wearing a suit, he had wore a traditional blue colored see through attire (agbada) and a long cap on their traditional Union last week at his parents house. And today he’s wearing a suit for the party, his bow tie was light blue with dark suit, long trousers, and a very black shiny shoes that reflected from the lights that flashed on it. They both looked lovely.

Mahmoud had asked Jake to be his best man, but now he couldn’t find him anywhere, he kept on stretching every second as if something was not right or he wasn’t comfortable in his seat. “What’s the matter? You’ve been looking all over, what’s wrong?” She whispered to him.

“I can’t find your brother,” he answered still stretching his neck side to side. “He said he would be here.”

“I told you to give that best man thing to one of your friends and you still went along to give Jake,” Henrietta scoffed. “Someone who’s never serious for once.” She muttered to herself.

“Wait here.” Mr Adewale ordered his two escorts and they each stood by the side of the door, glaring at the stairs for who is coming. Or maybe the roof or the walls. No, probably they sleep behind those shades, no one knows if they actually see in those.

Mr Adewale sang some love songs before he started praising his wife in Yoruba. Victoria “Bimpe” was sitting in front of the large mirror that looked like it would swallow her, beside her were the two makeup artists she hired, they seemed to be doing their job perfectly because she looked stunning and younger. Something he also paid handsomely for. “Give us a moment please.” She said and the artists left their tools on the mirror and retreated the room. He watched as they closed the door gently, then he stood behind her with his hands on her shoulders. He looked worried even with the fake smile he had on his aging handsome face. She thought.

“Sola,” he moved away from the mirror to the bed. “I don’t think he will come.”

“But why? I thought the both of you are good with each other.” She was concerned.

“My dear, you know how this thing is. I disapproved his proposal, and definitely he wasn’t happy about it.” Mr Adewale sounded calm now, as he touched his phone’s screen gently with his middle finger.

“Bimpe! we have waited enough. The bride and her husband are even getting tired, and so are the people downstairs!” His voice rose to a near shout. You could hear them talking but the door wouldn’t allow you to hear exactly what they are saying, all the guards heard were thick mumbled voices from inside. “I shouldn’t have approved to this wedding in the first place.”

“No! Don’t say such a thing,” she sat closer and reached for his right hand. “They both love and care for each other, and that is all that matters.” She tried to calm him.

“But the family name matters too Bimpe” he said but this time in low tone.

“Yes it does. But they are not children anymore, they made a decision for themselves and a right one,” she added. “All we have to do is support them.”

“I’m sure Sola also didn’t approve in the first place, even though he later changed his mind. I just wondered how Bisi fell in love with his son, when she knew___”

“I’m sorry sir, the Vice President is here.” One of the guard said as he opened the door a crack.

“I told you he will be here, he could never miss his son’s wedding party,” Victoria had a smile. “I’ll finish up here and meet you two later.”

“Alright, and you look beautiful by the way.” He pecked her and left. Her makeup artists retuned aftermath and continued to work their magic on her.

I bet u, you won’t regret reading this Very Interesting Action Story?… 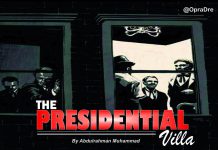 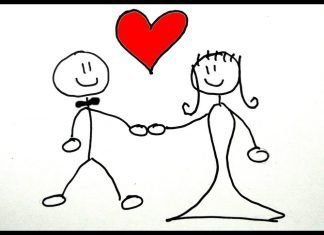 OpraDre - November 3, 2019
Finding Someone to Marry - Sam Adeyemi Download His Other Powerful...