I could hear their voices far back behind me as i trotted towards the tall wall fence surrounding one of largest prisons in the country. My crew staying back where i had my truck parked.

This is one of the times when I felt i had to do it all alone, i didnt need anyone to do a damn thing for me.

Another look at the tall wall fence make me feel proud instead of discouraged. It seemed it was in my nature to love being in a challange and there was no way i was going to let someone beat me out of the challenge and make me think low of myself even for a second.

” okey boy come on you can do this” i sighed removing some items from the small back pack i had put on my shoulder.

Quickly i worked on the rope and a hook tieing them together firmly and pulled it hard to make sure it was intact and won’t send me back down from the top. That was the least on my expectations as i still believed i had a large number of years to live and having broken libs wasn’t in my plan.

Satisfied, i threw the rope to the top with every strength in my muscles and pulled it to test its grip.

” great!” I shouted in my heard with gladness.

I took a quick right and left look making sure i had no unwanted audience, i relaxed happy i won’t need to kill anyone before i had my mission accomplished.

The exciting part was climbing up the small wall fence, in my head i laughed at who ever had it built. ” you thought you could keep people out of this s***! Well i got news for you whoever the fu*k you are! I aren’t no prisoner nor mare man. Am a leopard snatched from the darkest of hell! ” I whispered as i pulled myself further up approaching the electrified wires up the top of the wall fence.

A few steps up i held one hand on the rope and used my other one to give a beep to my man inside. I looked at my watch and waited counting the seconds. My feet holding firmly as i tried to balance my body to the rope in my hand, feeling gravity pulling me down but thankfully the hook was well stationed it kept me in place. .

” one, two, three, four, five! Come on! ” i talked to myself impatiently. I was almost losing my tamper and thinking of how i was going to chop the guy i had given prio instructions to follow, then i saw the entire area go dark.

” good boy!” I pulled myself up and touched the wires with my thick groves making sure there was no current lest the son of Bit*h decides to get everything wrong.

Counting seconds in my head i jumped over the burbed wires instantly finding myself over the other side and used my rope slipping down and my face lit with lights at the count of another 5 seconds. I felt my shoes touch the sharp plants planted around. Thank God i hard it all planned out. My thick trousers enabled me to pat my way through them. Without further delay i was inside and looked around for any signs of guards.

I saw one moving to my direction and i squat down dodging his sight. He was almost reaching my position and i held my silencer ready to put him out should he decide to play hero, luck for him he turned back right a couple of steps away from me.

” go on boy, you doing great!” I whispered in my head.

Finding my way to the point my inside man had hiden a guard (prison warder) uniform,i quickly changed pulling it on and placing the ballet on my head and walking towards the front like i was one of them.

” good evening sir!” One of the guards at the entrance greeted me in salutation, i smiled in my head before responding.

” good evening surgent!, open the gate i have an inmate to check on. Some urgent issues” i added my hoarse voice full of exaggerated command.

” yes sir!” He responded and the gate clicked as it opened giving me a way in. The guard at the desk was dozing as i got towards him and he flinched up seeing my ranks.

” sir!” He saluted as usual with the coward surgent’s atitude not looking into my face.

I shook my head, ” idiot your boss is gone.” I shouted in my mind and smiled passing him. I had to pose as one of the top guy at the prison so that day i had given him a forced leave, kidnapping and hiding him somewhere safe until i was done.

” any problems sir? ” he asked

” should i explain my self to you surgent?” I inquired.

” no sir, its just that its quiet late sir” he answered.

” a soldier has no time limit to work surgent. This is urgent i need to interrogate prisoner number 208. ” i added calmly and composed myself giving him some signed fake documents in my hand. I had wished not to use them but the idiot was going to make things hard for me so i had to follow standard procedure.

” carry on sir, he’s all yours!” He smiled trying to get a glimpse of my face but i kept to the side of the shadow and made sure he read the name on the uniform instead.

A few minutes later i had my target sitting in the interrogation room. Having shut down the cameras, i sat in front of him.

” hey Makasa!” I called him seeing how surprised he looked. I had just pulled him out of his cell and i was sure he couldn’t tell why someone was on him that night.

” recognise me?” I asked pulling off the ballet from my head.

” Steven! ” he opened his eyes looking up at me.

” yes Makasa” i smiled widely making him shrink back in the chair.

” what? What the hell are you doing here? How did you get in? I thought you died” Makasa shivered realization sinking in.

” hahahha what the fu*k man, is that how you receive a friend? I came to see you. You owe me remember?” I asked with a teassing laugh.

” dammit man, don’t do this please i beg you. I have a couple of months and i will be out of here. Don’t make this harder than it is.. i dont know anything man…..” Makas( as we called him sometimes) panicked standing up to leave.

” you won’t go out there until i say so. Now sit down son of a ….. ” i paused controlling my now heated emotions.

” sit down i don’t have have enough time in this s*** Makas or i swear you will leave in a body bag before your time here is up” i told him playing calm even when all i wanted was to skin him alive. For someone else Makasa was a hard core, a guy you wouldn’t want to mess up, but he knew better than cross me. He could be anything out there but to me he would bow at my command.

“What do you want ?” He asked me and i looked at him with a sharp stare he was almost standing up again.

” i want the truth. Tell me why you guys set me up and left me for death in a foreign country. We were on a mission together and you guys decided to take me out like a fly. I want to know why and who is involved” i told him straightening up and placing my hands on the table between us.

” 5 years ago and i come back to find that fool Jacob running for presidency, that dull Mberere a minister and you held up in a high prison on false pretence. ” i looked at him seeing how marvelled he seemed at my knowledge of the squad.

” am missing one guy in this circle, that son of a bi*th Ackim.” I sighed

” so tell me what i need to know and am out of here” i spoke glaring at him intently.

” speak dammit! What the hell happened back there? Why did you leave me to die in that jungle?” I yelled angry this time

” okey okey, calm down Steve, i will tell you what you want to know but just give me your word no one else will know i told you” Makasa spoke.

” what makes you so sure i will keep my word?” I asked him

” because i know when you give it then you will honour your word” Makasa sighed.

I looked at his long face, his small eyes firm and his hair a bit overgrown he didnt have his usual cut with shade lined on the side of his head.

” well, i will give you the damn word if you tell me what i need to know. Now stop wasting my time and tell me everything i need to know” i looked in his face. 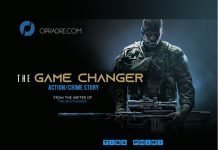 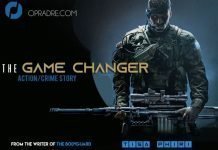 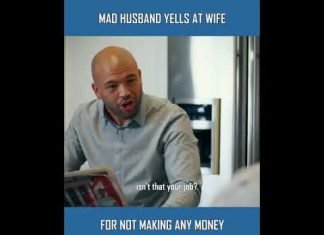