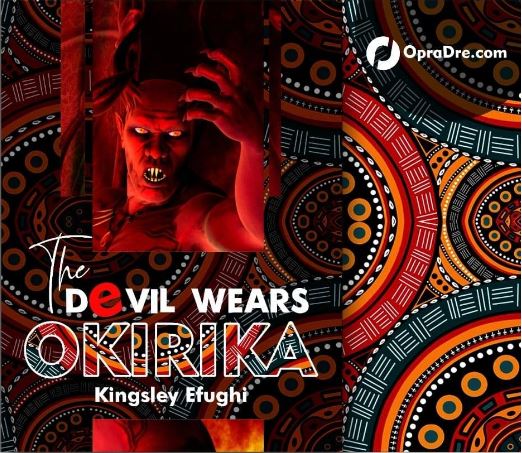 Ozioma had been killed a day to her 23rd birthday. Amara wasn’t sure she had been in a relationship at the point of her death but now that she thought about it, Ozioma always talked about a mystery crush.
What did she mean? Osi was eager, taking everything in with a look of concentration on his face. Well Ozioma had always talked about someone she liked in the village, she was the shy type and never revealed who the person was. Although she claimed to have gotten some anonymous gifts some time ago.

When was that? Could she remember what the gift was?
Amara thought hard till her head began to ache. Finally she shook her head. She hadn’t really paid deep attention to her friend’s activities then. She tried not to feel guilty but it was in vain. She couldn’t help thinking and blaming herself for not being more observant about her friend.
“Don’t beat up yourself, it’s not like you knew she was going to die.” But Osi noticed she looked depressed. He felt guilty. “Look, why don’t we take a walk, clear our heads and talk about something else?”
“I’m sorry I can’t. I have to watch my sister.”

“Oh, okay, there’s going to be a Virgil tonight and the communion service is tomorrow. If you can’t make it tonight I understand perfectly.”
“Clothes,” Amara said suddenly.
“What do you mean?”
Amara got to her feet, she snapped her fingers trying to recall something, “How could I forget it before…clothes, I remember she received clothes gifts on two occasions.”
“Clothes. What kind of clothes?”
“A blouse and a gown. I only saw the gown but she told us he had sent a top for her too.”
“He?” Osi asked holding his breath.
She sighed, “She never told us. She would just have this dreamy look in her eyes and keep quiet whenever we asked who he was.”

“Amara just think back. Is there anything you can remember at all that could give us a clue?”
She shut her eyes tight, deep in thought and Osi waited patiently, using the opportunity to study her beautiful face.
“Actually, I remember the clothes had this distinct smell,” she said slowly.
“What kind of smell?”
“Like, like….second hand, like okrika clothes. I remember because Oluchi made fun of it when she showed us the blouse and she said we wouldn’t understand.”
“Hmmm….you’ve been extremely helpful. I’d like to come and check on you later today. Please don’t feel sad, I’m sure your friend understands, she sounds like a wonderful person.”
He met Paul at the doorway. The young man obviously wasn’t happy with the fact that he had been alone with Amara and couldn’t stay away any longer.

Osi wondered if the two were a couple. He was just curious though, he had no ulterior motives…God forbid -that’s what he told himself anyway.
“I didn’t get your name,” he stopped and offered his hand again but the man ignored it, he stood on his toes, his eyes trying to see over Osi’s shoulders and catch a glimpse of Amara.
Osi towered over him and didn’t afford him any view.

“We’d be having a vigil tonight and a communion service by morning.”
“Okay. Where is the communion going to hold? In the market square?”
“No. In the church. Pastor Bartholomew’s church.” “Don’t forget to bring your family,” Ovie added.
Paul cringed.
Ovie and Osi walked down the path to the stream. “Who was that man?” Ovie asked him.
“I have no idea, they could be dating”
“Well if they are, the guy is really insecure.”
“Why do you say that?”
“Just the way he kept on looking and edging towards the house, as if he thought…”
His voice trailed off and Osi said, “good…follow that impulse, don’t even go there.”

“What are we looking for?” Ovie panted, he looked tired and hungry.
“I don’t know…I just want to have a feel of the place.”
Ovie studied him skeptically, “with all due respect, sir, you’re beginning to worry me with this your detective behaviuor.”

Osi waved it off, “Two girls have been killed in just one week. You should be worried, we won’t be long, don’t worry, there may be something waiting to be detected.”

“Was that the pastor you asked about that night?” Paul asked her as she bolted the gate.
“Yes. Paul, I really have some important work to do,” she unbolted the gate again, her message subtle but clear.
“Relax. I’m not going to get in your way.”
“I know but Paul, please, please just leave. I just want to be alone with my sister. I need my full concentration when dealing with Joy, she could leave the house and I wouldn’t know, my father would kill me.”

“But when the tall man was here you didn’t think of that.”
She frowned, “What do you mean?”
“I saw the way you responded to him,” his voice grew hard and his eyes too.
“Paul, please just leave, we’d see later in the day.”
He came closer, “you want me to leave, fine, gimme a hug first.” he came closer and she stepped back instinctively, this was not the Paul she knew.
“Paul what are you…let go of my hand.”

He held her wrist firmly and pulled her to him with force.
She struggled but he was very strong.
“Paul, Paul…let go. Hmmmmm,” She struggled as he held her tight and tried to force his lips on hers.
He moved his second hand roughly down her back, griping her buttocks and she was getting really scared as she struggled to no avail.
“Amara, I’m going, I don’t care what you –hey. What’s going on here?” Joy burst outside and Paul jumped back like he had been scalded.

Amara looked at him for a full second, saw his eyes clear and the wild looked disappear from them before she slapped him.
“Amara. I didn’t know what came over me. I’m sorry, please…”
“Get out!”

The stream could be approached from any direction. It ran along the bank in an S shape which looked to Osi like a slithering giant snake due to the ripple of the gentle current. It was quite large and apparently very deep. Osi studied the water for some seconds trying to judge the flow of the current.
He began to move west, walking down the bank and studying the water intently.
“Oh my God, what is happening,” Ovie muttered from behind, rolling his eyes and following him.
Osi was thinking the dead body had to have been thrown in the water around this point, from what he heard two little girls found the body and they would have been drawing water from the shallow side of the stream which was in line with the current, meaning the body had most likely drifted from this direction.
He and Ovie walked around for two hours without any luck. Heck, he didn’t even know what he was looking for. He was now tired and hungry not to talk of Ovie. His friend’s face was like a rumpled clothe.
They started up the path again, and had walked for some distance before Osi stopped his comrade. “I think we took the wrong turn.”
“I knew it. We didn’t walk this long when we were coming.” As they turned, Ovie was the one to stop him this time. “What’s that, pastor?”
Osi followed the gaze and he saw it, a piece of clothe on a branch, it must have been caught on the twig while the owner ran, probably at night, either chasing or running from the victim or assailant. He didn’t know who it belonged to, Maybe it was just a coincidence, something to landmark someone’s plot of land or maybe to ward off crows, but he didn’t think so.
He snapped it free and smelt it. It smelled like it had been in a dark wardrobe for sometime, damp and he could notice the scent of cotton or the distinct smell of the camfor used to ward off termites from clothes. To cut the long story short, it smelled just like Amara had said, like an okrika material. Like the others he couldn’t tell where it had come from, whether a shirt or short but he imagined it round the girls eyes used as a blindfold and he knew what it was.
“What is it?” Ovie asked. He didn’t look tired anymore, he watched Osi with renewed interest.
“I think whoever this person is, it’s someone they know very well, maybe someone they are comfortable with. I suspect he wouldn’t want them looking at him when he performs his vile act.” “You mean guilt?” Ovie prodded.
“No, not necessarily guilt.”
“You mean you got all that from the piece of rag?”
“Yes…” He studied the material longer, “the thing is, I thought the material got ripped from the cloth but it seemed he had cut it out before hand intending to use it.”
“To use it as what?”
“As a blindfold.”
“Hmmm, Pastor, let’s have our communion and leave here. Let’s not even wait for the communion; I have a bad feeling about this village.”

“Oluchi, I messed up. Please help me speak to Amara, help me beg her. I don’t know what came over me.”
“Paul, how could you? How could you try to kiss her by force, especially with what has been going on?”
“I don’t know. I was just jealous and she looked so beautiful.
Please you have to beg her for me, please. Tell her I’m sorry.”
“I’d talk to her, but you know Amara,” Oluchi said sadly. She could as well tell her brother to kiss his romantic aspirations good bye. She was appalled and disappointed by his behaviour.

In Pa Kenneth’s compound, the three wise men watched the dibia perform his duties.
Everything he had requested for had been provided. The pregnant bat would have been a challenge but Amaife was rife with avid hunters. Hunters who wanted to put an end to the recent attacks. As a matter of fact, when they had made the announcement, they had gotten a dozen pregnant bats in an hour.
The dibia didn’t ask for the bowl of water anymore but kept on oooohing and aaaaaaahing, throwing coweries and studying them.
Unsurprisingly, the tobacco hadn’t come into play. That was obviously for personal use.
The dibia spoke this time. The young lad was no where to be found.
“I see him, oh he’s evil. The worst, he’s a devil…he is, he is….he is the one you call Okudili.”
Dé John jumped up. “I knew it.”

The moment he was alone, he brought out the bottle of wine from the stash and observed the contents, pouring a little into a glass cup. It was still very much red. The ricin must have dissolved perfectly, come tomorrow he was going to find a way. The pastor had to drink this. The wine symbolised blood after all so it was only fitting it would draw blood. He laughed wickedly at his twisted humour then sighed, “Pastor Osi, you’re not going to be an obstacle anymore.” 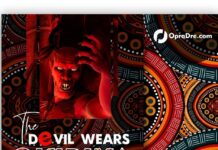 The writer’s use of red herring and Chekov’s gun is very very admirable. This is a good read I recommend!!! 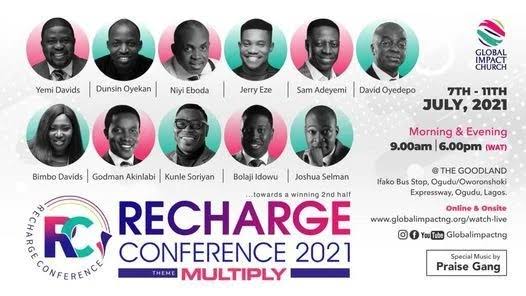 Why And How God Blesses – Bishop David Oyedepo Mp3 Download 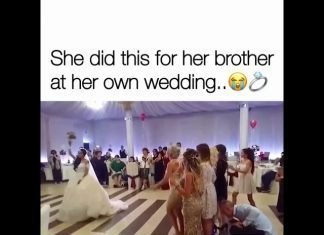