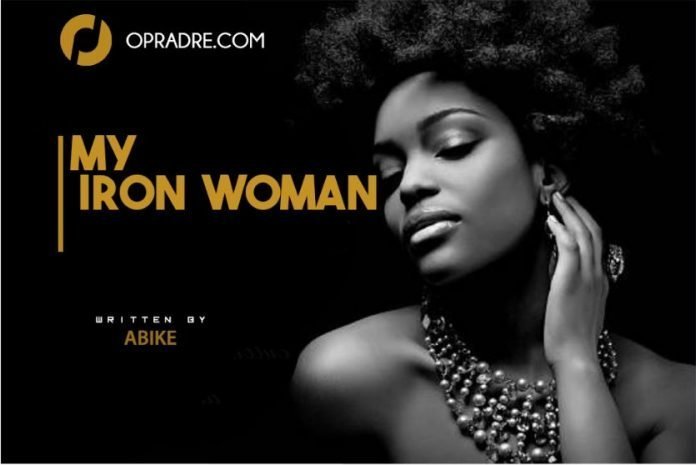 Writer’s POV
It morning already Jamal was getting dress up for work after he took his shower with the help of his mind, in Jamal’s house, he has twenty maids in his house, Four cooks, eight cleaners for the house, four maids in care of getting foods from Market, four maids in care of his clothes and shower,And his guards are fifteen in number, four gardeners and two gatemen, David and Daniel are his drivers and personal guards also his PA, Jamal got dressed by the help of his maids David and Daniel came in,they met him staring at his laptop,he was checking out some things on it

Daniel:Boss, the cars are ready

David:And the boys are set sir’

Bunmi the head of maids came in she said
Bunmi:Sir your food is ready sir

David: What’s he having for breakfast?
Bunmi: Omelette and bread with coffee
Daniel: You can go
Bunmi:Yes sir ‘Bunmi left immediately while David help Jamal to close his laptop, he put the laptop in a bag handing it over to Daniel
Daniel:Are you crazy or something, why would you give me that to carry?
David:Screw you Daniel ‘Jamal muttered and said’
Jamal:Oh God! Not again
Daniel:You suck David
David:The last time I checked I think am still the older brother here’Jamal staring at both of them
Daniel:You must be a fool so that one week is freaking you right?
David: Oh! So you think it’s easy to be a week older than you brat!
Daniel:You punk!
Jamal:Guys guys guys, Please that’s ok, I will take my laptop by myself
Both:No you won’t Boss’Both shouted at the same time, looking at each other
David:Don’t worry Boss I will take it
Daniel:Punk!
David:Brat! ‘ Jamal Escuze them and walk out of the Room, David wanted to raise a fist on Daniel’s face but He was stopped by Jamal who came in again
Jamal:Are you guys coming out to eat or you want me to eat alone? David and Daniel forget it ok please just come out and eat,guys come out ‘Jamal had to dragged both of them by thier hands outside since they kept on giving each other dead looks

AT THE DINNING
The breakfast was served for Jamal, likewise David and Daniel, Jamal don’t eat alone if David or Daniel are not at home, he will rather go to work with an empty stomach, When the two guys arrive it is only then Jamal will take them out to eat together with them, He believed one thing about them,even though they fights alot he believed that they are the only ones he could talk to freely and share his problems with them, he believed that he is safe with David and Daniel
Daniel:Boss,I got an email from your managers in Overseas, they said you are having two months holiday for now, they said they wants you to rest for the journey you went through this month
David:Of course it was so exhausted, every two days we fly out of the country for this month alone
Daniel:I think it’s up to fifteen times, from USA to England back to USA again to Dubai, to Egypt,to Europe back to Nigeria in Abuja to Dubai again, infact am lost in counting
David: Escuze me do you have to count it
Daniel:Screw you,Lazy bone, actually boss they asked you to come and do some signings in Dubai and Egypt but it was fixed to the same day
Jamal:It’s ok, since you guys know how we do it,and you have access to my signature, one of you should go to Dubai the other one should go to Egypt to do the signing I will handle the businesses in Nigeria I don’t feel like traveling also am so exhausted
David: I guess I will go to that Dubai
Daniel: Actually I will go to Egypt cause there is a man there that his work is really slacking so I told the managers to study him a bit, I will like to know how he is doing now
Jamal:Oh sounds great
David:Boss you have lunch with your friend tomorrow at 2pm
Jamal:Oh yeah Rokanmi, is he back
David: Yeah, yesterday night
Jamal: sounds great fix that up for me, guys let’s eat we are late for the meeting, After the food, four cars are ready, Jamal was escorted out by David and James, David drive while a guard sat beside David at the front, Jamal sat at the back while Daniel sat with him, Two cars drove out then Jamal’s car then a car followed while one of the gate men close the gate while the other gate man continue eating his food, Bunmi instructing the girls to clear the dinning, she was moving up and down supervising the maids on thier work

Later in the day, Jamal was coming back from work suddenly he sighted a lady who gave a guy a slap on his cheek

Jamal:Oh my God, do you see that
Daniel: What boss?
Jamal:Stop the car, stop the car David
Daniel:But why boss? ‘David stop the car while Jamal stepped out of the car, the guards rushed out to guard him
Jamal: Guys please you can all go back inside the car please, am fine, ‘The guards left him with David and Daniel
Daniel:Boss, why are we stopping here?
Jamal:I also don’t know, I just feel like watching that scene
David:You mean those that are fighting?
Jamal:Yeah! ‘David and Daniel was surprised, After the fight has ended, the guy pleaded to the lady beside the lady that slapped the guy while the guy run away, Jamal said in a confused way
Jamal:Can, c… Actually can o… Can one of you help me to call that lady,I just wanna have a word with her
Both:What?!
David: Boss! ‘Daniel had no choice but to move closer to the two ladies and said
Daniel:Hi girls, The lady who slapped the guy ignored Daniel while the other one reply him with a smile
Tomiwa:Am tomiwa
Daniel:And you please?’The other lady ignored him, he felt a little bit embarrassed, He said, ‘Actually my boss over there will like to have a moment with you, i mean he wants to talk to you please’ The lady make a smirk and said
Lady:Who the hell is your boss, the president or the governor?Or the king? Anyway tell your Boss, tell him that I Niniola will never come to him and if he is blessed with his two legs he should come over here and if he is on wheelchair, push him to come here,So now can you please fuck off! Daniel was shock and at the same time surprised,he muttered
Daniel:Wow! 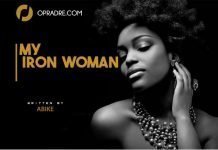 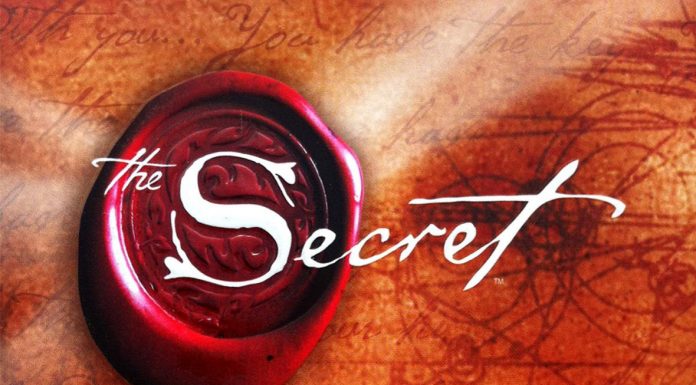